These are just some of the “Team”: 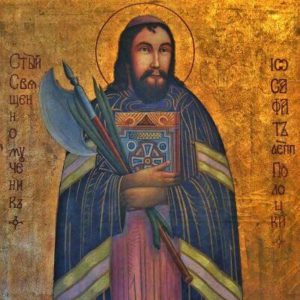 Born in approximately the year 1580 in a village called Vladimir, then part of Poland, St. Josaphat was part of the Eastern Rite Church of Kiev.  Throughout his life, he wrote and compiled works under the title “A Defense of Church Unity” and later became an archbishop.  While he was visiting Vitebsk (Belarus), a hostile mob attacked the mansion of the archbishop, murdering St. Josaphat and desecrating his body.  “He had said before his martyrdom, ‘I rejoice to offer my life for my holy Catholic faith.’ He had prayed, ‘Grant that I be found worthy, Lord, to shed my blood for the union and obedience to the Apostolic See.’” (https://thebasilica.org/josaphat) One of the miracles following his assassination was the conversion of those who killed him to Roman union.  St. Josaphat died at age 45 on November 12, 1643. 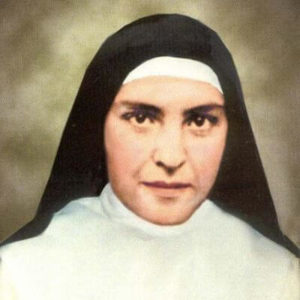 Blessed Maria Gabriella Sagheddu was born in Sardinia in 1914. She was encouraged in praying for church unity by her father during the Prayer for Unity Octave and from then on dedicated her life to praying for the unity of the branches of the church.  When she joined the Trappist nuns, her prayers for unity were one of the three dominating factors in her life.  At the age of 23, Blessed Maria Gabriella was struck with a painful illness, which she offered to God for the unity of the church.  She died of this illness on April 23, 1939. 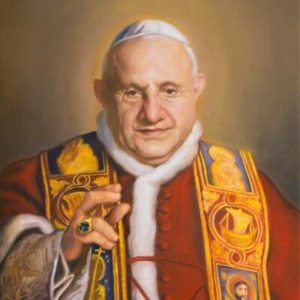 A major advocate for Church Unity, St. John XXIII was born on November 25, 1881 in Italy and was elected Pope on October 28, 1958.  During his papacy, he called for unity in his encyclical Ad Petri Cathedram and in his prayer crusade for unity.  In his desire for unity “not only among Christians, but within the Church itself,” St. John XXIII believed prayer was essential.  He departed this life on June 3, 1963. 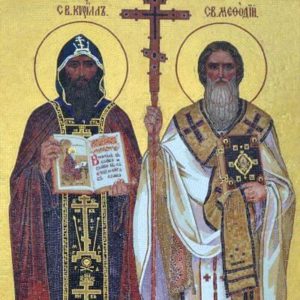 The brother saints Cyril (b.826 – d.869) and Methodius (b.815 – d.885) were born in Thessalonica, Greece.  Cyril, as ordained priest, and Methodius as deacon, were sent as missionaries to the Slavs in Great Moravia.  There, they devised the Glagolitic alphabet, which later became the Cyrillic alphabet, and used it to translate the liturgy into the vernacular of the Slavs.  Their translation brought them great success.  However, some missionaries from Rome also came to evangelize and insisted on the Latin liturgy.  So, the brothers travelled to Rome to consult the Pope, who sided with Cyril and Methodius.  Cyril remained in Rome until his death, but Methodius was made archbishop by Pope Adrian II over all Moravia and Pannonia. 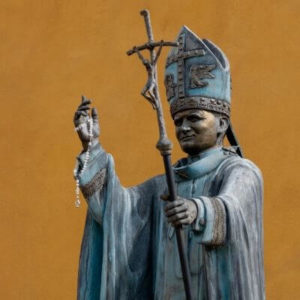 Throughout his papacy, St. John Paul II, born May 18, 1920 and deceased April 2, 2005, has encouraged Church unity.  The approach he made to ecumenism contains emphases on prayer, open dialogue, and personal connection.  This beloved Pope not only sought unity between the Orthodox and Catholic branches of the Church but also between these and the churches of the Reformation.  His sentiments can be seen in his encyclical Ut Unum Sint.

Bl. Agathangelus of Vendome and Bl. Cassian of Nantes 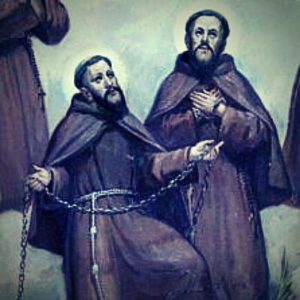 Blessed Agathangelus, born in Vendome, July 31, 1598, began his mission to the middle east in Aleppo, Syria.  But, though he evangelized many, even converting many, There was great opposition to Agathangelus.  This caused him to depart the area and travel to Egypt, where he met Blessed Cassian of Nantes (born January 7, 1607), who had just come from Europe.  From then on, these two Capuchin monks stayed together.  They preached in Cairo to the Coptic Orthodox in order to break down divisions between the Churches, “but as powerful as Agathangelus’ preaching was, the dissolute lifestyles of the Catholics living in Cairo were even more so.” (aleteia)  Thus, the pair pressed on, traveling to Ethiopia.  As soon as Bls. Agathangelus and Cassian arrived, they were captured and imprisoned.    The two were taken to Gondar and pressured to renounce their faith, which they refused.  Sentenced to be hanged, the Capuchin monks offered the cords around their waists as rope.  After they had been hanged, Blesseds Agathangelus and Cassian were stoned.  The pair departed this world August 7, 1638. 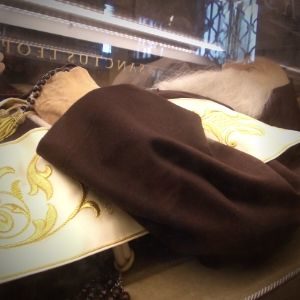 St. Leopold Mandic was born on May 12, 1866 in Croatia.  Though St. Leopold dreamed of going on a mission to unify the Roman and Orthodox Churches, his several ailments prevented him from doing so.  Instead, he prayed for unification, taught the study of the Church Fathers, and many came to him for spiritual direction.  After spending most of his life in Padua, Italy, the small Capuchin father died on July 40, 1942.  He was canonized forty years later. 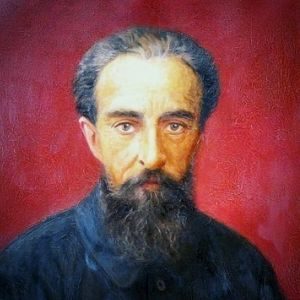 Blessed Leonid Feodorov began his life as part of a Russian Orthodox family on November 4, 1879.  Born in Russia, he traveled to Rome to study, and converted to Catholicism.  Wanting to “remain faithful” to the customs of his homeland, Leonid joined the Russian Byzantine Catholic Church.  Blessed Leonid Feodorov was ordained a priest and returned to Russia, where he was persecuted for his faith.  During this time, he was named Exarch of Russian Catholics of the Byzantine rite by Pope Benedict XV.  Then, the Exarch was put on trial and sent to imprisonment.  While imprisoned, Exarch Leonid offered mass to the Byzantine Catholics, first openly then in secret.  Upon his release from prison, Blessed Leonid Feodorov continued to teach the Catechism until his death on March 7, 1935.  He was beatified on June 27, 2001 by Pope St. John Paul II. 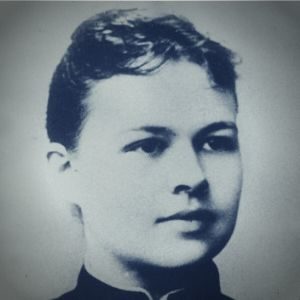 Born in Sweden on June 4, 1870, St. Elizabeth Hesselblad entered this world as part of a Lutheran family.  Having traveled to the United States for work to support her family, she learned of the Catholic faith and soon converted.  Eventually, St. Elizabeth traveled to Rome, where she was confirmed in the faith, and there the young Swede felt God’s call to dedicate her life to Christian unity.  She took religious vows and became a Brigittine nun on the Feast of the Sacred Heart in 1906, and worked with the sick poor.  St. Elizabeth Hesselblad also became known as a “second Brigid” for her work rescuing Jews from the Holocaust.  She died in Rome April 24, 1957. 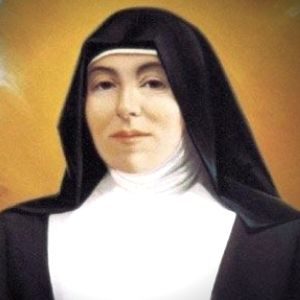 Eliza Angela Meneguzzi was born into a poor family on September 12, 1901 in Italy.  In 1926, she entered the Sisters of the Congregation of St. Francis de Sales and took the name Liduina.  Blessed Liduina worked as a nurse for many years before she was sent on a mission to Ethiopia.  Blessed Liduina Meneguzzi continued her work as a nurse throughout World War I and “became known as the “Ecumenical Fire” due to her strong efforts at ecumenism with Coptic Christians and Muslims.” (wikipedia).  She died of cancer on December 2, 1941. 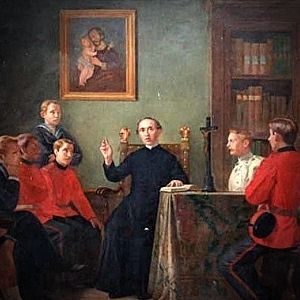 A Maltese cleric, Blessed Nazju Falzon (b. July 1, 1813) was a member of the Secular Franciscan Order.  Though he felt himself inadequate for the priesthood, Nazju took minor orders.  He lived his life teaching others of the faith, and, while never leaving Malta, sought out the British soldiers and sailors stationed there.  Blessed Nazju was a trusted mentor for many who stayed on the island.  Due to a heart attack in 1865, Blessed Nazju Falzon joined the dearly departed. 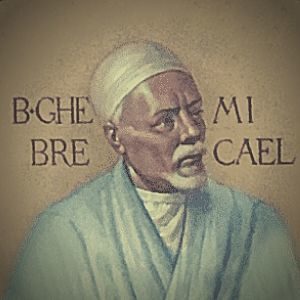 After many years of being respected as a Monophysite monk, Ghebre-Michael converted to the Catholic Church in 1844.  He dedicated the rest of his life to aiding the Ethiopian mission, and, in 1851, Blessed Ghebre-Michael was ordained a priest.  In 1855, Blessed Michael and four others with him were arrested and imprisoned.  “After weeks of being dragged from town to town and tortured, he died in prison from abuse and ill treatment.” (aleteia) 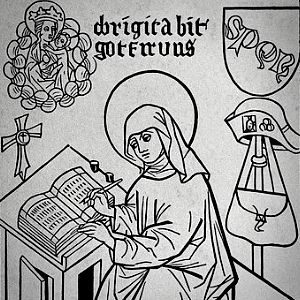 Having seen visions of Jesus from the time she was very young, St. Bridget of Sweden married and had eight children before she began to build the new religious order.  When St. Bridget was 41, she was called to found a religious order mostly for women.  Before she could see it finished, the saint was called to Rome never to return.  While in Europe, St. Bridget of Sweden mediated between England and France, trying to bring peace to both countries, and attempted to bring the Pope permanently back to Rome.  As she died in 1373 not having seen the achievement of any of these things, the tired saint is known as the Patroness of Failures.

Additional Inspiration from the Saints: