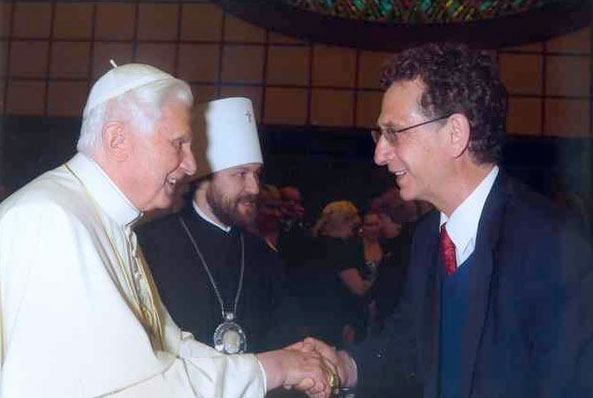 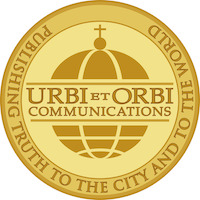 We are committed to a work that Jesus Himself prayed for: “That all may be one.”

For more than 30 years, Urbi et Orbi Communications has sought to build up the unity of the Church and the faith of individuals through writing (publishing more than 300 Inside the Vatican magazines) and through speaking, common projects, and pilgrimages. We have prayed throughout the night in Ekaterinburg with the Russian Orthodox, commemorating the tragic death in 1918 of the Romanov family, and were told by Russian Patriarch Kirill in person that “We are already in union when we pray together.” We have spoken in Moscow, Kiev, Istanbul, Minsk, Budapest, Vienna, Paris, Rome and Chieti with Orthodox and Catholic leaders about the hopes we all have that the Church should “breathe with two lungs,” as Pope John Paul II urged.

Brick by brick, we have built a network of friendships which span the old continent and indeed the entire world. Our magazine has gone to more than 150 countries since its inception in 1993 and remains as the only independent publication on the Vatican.  We have supported meetings of all the Orthodox and Catholic Bishops of Europe. Our pilgrimages have brought us to the heart of the Church in Russia, Ukraine, Istanbul, Italy, Ireland, Germany and England where we have built a strong network.

This work of 30 years is a strong foundation from which will spring forth our most robust effort yet.  Just as St. Francis realized his work was not just about one ruined chapel, we have realized that our work must reach further into a culture in crisis.  This is a spiritual battle — good versus evil, light versus darkness. We are committed to the certain idea that the only beautiful, dignified and peaceful civilization is a Christian civilization – based on the belief that every person is created in the image and likeness of God, and that each life has value, and each soul is gifted with dignity, and also responsibility for his or her actions. Creating a civilization that shines forth with justice, peace and love will require working together; but we have confidence and joy, knowing that Jesus Himself told us, “Where two or more are gathered, there am I also.”