“The program aims at breaking down prejudices and promoting academic contacts” so that they “will become bridges” between Churches, explained Cardinal Koch.

At the request of Cardinal Kurt Koch (head of the Pontifical Council for the Promotion of Christian Unity) in March of 2016, and inspired by the historic meeting of Russian Orthodox Patriarch Kirill and Pope Francis in Cuba just a month before, the Urbi et Orbi Foundation was a key contributor that year to what became an annual exchange of young priests and seminarians between Moscow and Rome, facilitated in coordination with Russian Orthodox Metropolitan Hilarion Alfeyev, head of the Moscow Patriarchate Department of External Relations.

This had been the first time any such exchange had taken place, and both sides agreed that it was a breakthrough in Vatican-Orthodox relations. Since that first exchange in 2016, we have funded similar programs every year since.  Recently, the Vatican has expanded this model to the Oriental Orthodox Churches inspired by the program we helped to initiate. May the impact of this work continue to bear fruit! 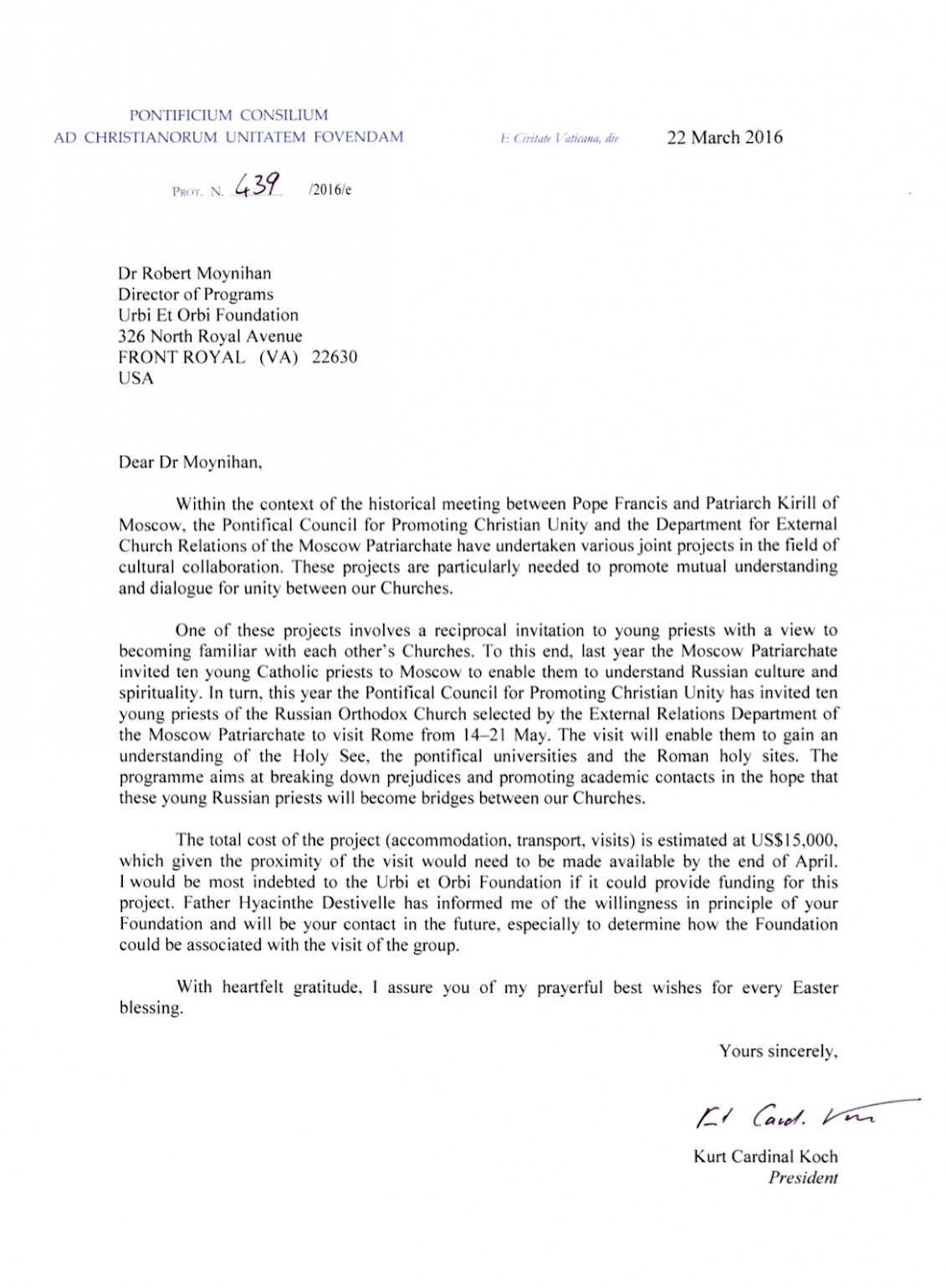 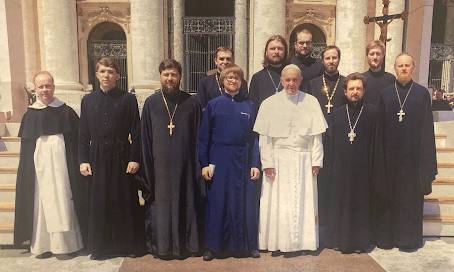 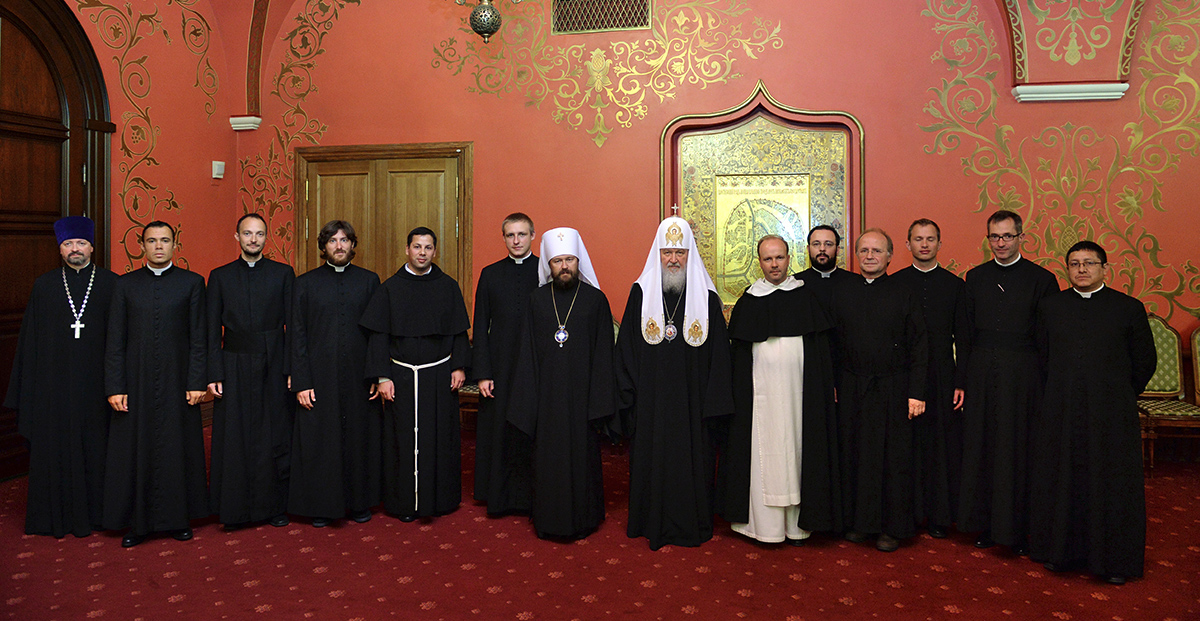 2017 Catholic Seminarians in Moscow with Patriarch Kirill and Metropolitan Hilarion