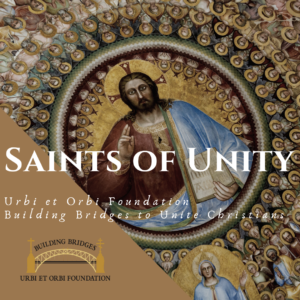 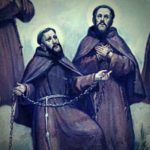 Blessed Agathangelus, born in Vendome, July 31, 1598, began his mission to the middle east in Aleppo, Syria. But, though he evangelized many, even converting many, There was great opposition to Agathangelus. This caused him to depart the area and travel to Egypt, where he met Blessed Cassian of Nantes (born January 7, 1607), who had just come from Europe. From then on, these two Capuchin monks stayed together. They preached in Cairo to the Coptic Orthodox in order to break down divisions between the Churches, “but as powerful as Agathangelus’ preaching was, the dissolute lifestyles of the Catholics living in Cairo were even more so.” (aleteia) Thus, the pair pressed on, traveling to Ethiopia. As soon as Bls. Agathangelus and Cassian arrived, they were captured and imprisoned. The two were taken to Gondar and pressured to renounce their faith, which they refused. Sentenced to be hanged, the Capuchin monks offered the cords around their waists as rope. After they had been hanged, Blesseds Agathangelus and Cassian were stoned. The pair departed this world August 7, 1638. 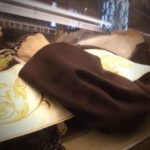 St. Leopold Mandic was born on May 12, 1866 in Croatia. Though St. Leopold dreamed of going on a mission to unify the Roman and Orthodox Churches, his several ailments prevented him from doing so. Instead, he prayed for unification, taught the study of the Church Fathers, and many came to him for spiritual direction. After spending most of his life in Padua, Italy, the small Capuchin father died on July 40, 1942. He was canonized forty years later.