The Theology Between Eastern and Western Churches part 1 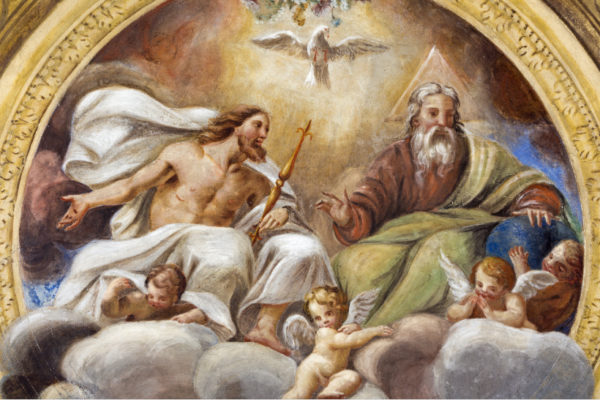 What is the filioque and why is it an issue between East and West?

First, the Latin word filioque simply means “and the son” (Latin filius means “son” and the –que ending means “and”). This word was added to the Nicene Creed in Spain in 587 (at the Council of Toledo, a local council) to counter a heresy called “Arianism.”

Last, there are three major political issues that need to be understood (and the term political here does not mean to mitigate the severity of the issues at hand): 1. the history of why this action was taken; 2. the fact that this phrase was unilaterally inserted into the Creed; and 3. the implications of this action on the universality of the church.

During the fourth century, a priest named Arius began to teach that the Son, Jesus, was not of the same substance as the Father and that there was a time when the Son did not exist. This was countered by the teaching of the First Council of Nicaea (325) in which the church fathers asserted that the Father and the Son were of the same substance (in Greek, homoousios, literally, “same substance”). The primary statement of this was the Nicene Creed. This didn’t end the controversy, however. Some bishops thought that the term should be homoiousios, meaning “of like substance.” The First Council of Constantinople (381) again attempted to resolve the argument. This resulted in a slight change to the Creed (officially now the Nicene-Constantinopolitan Creed). The reason for bringing all this up is to show that the Creed could be changed, but only by the Universal Church in ecumenical council.

But these two councils did not end the problem. A convert to Arian Christianity named Ulfilas (311-380/381) spread the message of Arianism to the Germanic regions of Europe. By the time the German people entered into the Roman Empire, they had a full century of training and education in the Arian form of Christianity. Clearly, the result was a conflict between the orthodox teachings of the empire and the heretical teachings the Germanic peoples were following. One consequence of this conflict was that Arianism spread to Spain. It was there that the Council of Toledo made the decision to change the Creed by inserting the word filioque in 587.

Because the filioque was inserted by a synod or local council, the Eastern Churches simply thought it would go away. when that failed to happen, they rejected it, since they believed that any change to the Creed, which is a statement of the Universal Church, should come from the Universal Church in ecumenical council.

For more on this very interesting topic, one can read on the USCCB website the statement entitled, The Filioque: A Church Dividing Issue? An Agreed Statement of North American Orthodox-Catholic Theological Consultation. This document provides a great deal of history and the theology behind the issue, far beyond what we’ve gone into here.