The Theology Between Eastern and Western Churches part 10 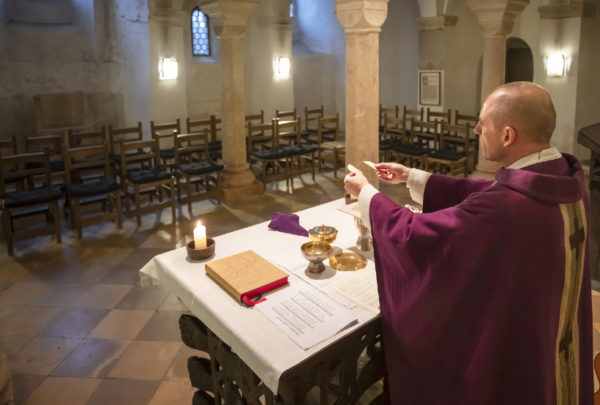 How do Eastern Catholics reconcile their teachings with those of the Roman Catholic Church?

One noticeable difference is in the minister of marriage: in the Latin Church, it’s the couple, and, in the Eastern Churches, it’s the priest. Rome has acknowledged this difference in the canons of the East and the West, so there is no reconciliation and no problem between the two approaches.

No. In the Eastern tradition only the ordained may go behind the iconostasis to serve the Liturgy. There are two exceptions to this. In parishes that don’t have enough clergy, young men and adult men may be admitted to serve as altar servers. in this role they wear the sticharion, the robe common to all ranks of the clergy. The other exception is found in convents and monasteries where there are only women. In those cases some may be selected to serve as altar servers, but instead of wearing the sticharion, they wear their normal black habits.

Do Eastern Catholic Churches have extraordinary ministers of holy communion?

A couple of years ago the answer would have been no. There is discussion among some of the Eastern Catholic Churches that would permit the use of an extraordinary minister of holy communion to be used if necessary. If general the bishop, the priest, and, if needed, the deacon are the only ones to give out communion. Even the use of the deacon is “extraordinary” in some fo the Eastern Catholic Churches.

Do Eastern Catholics use leavened or unleavened bread?

Although leavened bread is used, it is supposed to be made of wheat, water, and yeast only. Other materials are not to be added to the bread.

Interestingly, there is no use of low-gluten breads for those who suffer from Celiac disease. If a person is gluten intolerant, they may ask that the bishop, priest, or deacon giving communion give them only the Precious Blood.