The Theology Between Eastern and Western Churches part 7 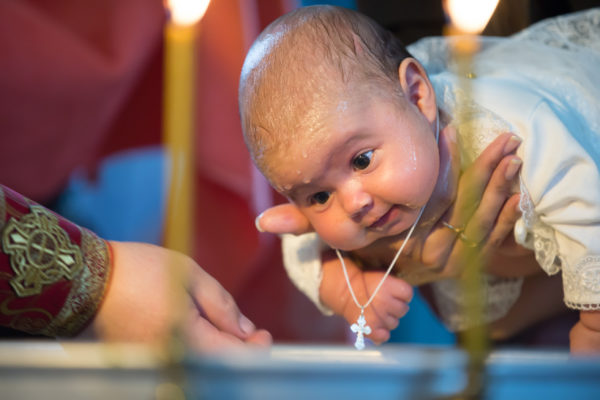 Baptism of a newborn child

Do Eastern Catholics have the same seven sacraments as Roman Catholics?

Yes. Most of the Eastern Catholic Churches use the term mystery where the Latin Church uses the term sacrament. The Eastern Churches generally accept as the primary sacraments the same seven sacraments as the West. However, the East sees any action of God working in us as a “sacrament” and so does not limit the count to seven.

Again, this is not too surprising. If one looks at the list of sacraments that the early church fathers recognized, one notices a number of things that, in the Latin Church, are called “sacramentals.” In the East there is a distinction between the seven mysteries and all other ways that God sends us grace. The basic understanding of this flows from a common prayer in which we recognize that God is “present in all places and filling all things.”

So, while the seven sacraments of the Latin Church are certainly the most highly regarded sacraments of the Eastern Church, and the only ones regularly called “sacraments,” there are other ways in which the grace of God flows to believers, and these, too, may be called sacraments.

One example of these “non-sacrament” sacraments is the church herself! Recent statements from Rome, both in the documents of the Second Vatican Council and in the Catechism of the Catholic Church, have begun to reflect the long-standing view of the East that the church is, indeed, a sacrament. If we think back to the old Baltimore Catechism, which defined a sacrament as an “outward sign instituted by Christ to give grace,” we find that certainly describes the church.

Why do Eastern Catholic babies get to go to communion?

Eastern Catholics wonder why Latin Catholic babies aren’t allowed to receive communion! The East cannot understand why babies are baptized and then not allowed to receive another sacrament until they are seven years old – and then the sacrament they receive – reconciliation (first confession) – is not one of the “sacraments of initiation,” which are baptism, confirmation/chrismation, and Eucharist.

Eastern Catholics approach this as did the early church (including the Latin Church) for most of the first eight centuries. This practice is seen in the Latin Church in the Rite of Christian Initiation of Adults (RCIA), in which the elect are baptized, confirmed, and then receive communion. The theology here is that baptism brings the Holy Spirit to dwell in us, conforms us to the death and resurrection of Jesus, and makes whole the image and likeness of God. Confirmation seals or completes that process and gives us our “marching orders.” It is through confirmation that we receive our call, our mission in life. Finally, the Eucharist sets our feet on the path by nourishing us spiritually.

In the Latin Church there is a desire to bring knowledge to the person; the communicant must be able to distinguish between ordinary bread and the Eucharist. In the East this is made clear by where and how one receives the Eucharist. So the East doesn’t see knowledge as a requirement for the reception of communion. Consequently, there is no reason an infant can’t receive communion. After all, that child was baptized, confirmed, and made his or her first communion already!