The Theology Between Eastern and Western Churches part 5 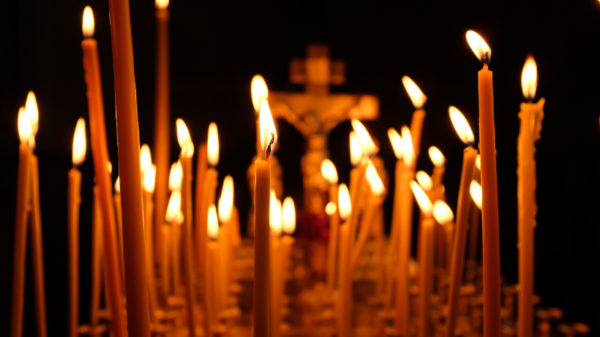 What do you mean when you say that Eastern Catholics use a “different theological approach”?

The Latin Rite Church developed a philosophy and approach to theology that is called “kataphatic.” This approach attempts to reveal and define what can be known of God and his actions among us. Scholasticism, the approach of St. Thomas Aquinas (1225 or 1227-1274), is the fullest flowering of this approach. If one reads Saint Thomas Aquinas’s finest work, the Summa Theologica, one finds an attempt to rationalize, to explain the fullness of the theology of the Latin Church. Examples of this are found in the terms we use for God: he is Almighty, Omniscient, Omnipresent, and so on. These are positive terms that describe what God is.

The East, however, uses an “apophatic” approach. That is, God is not defined (since one cannot circumscribe God with definitions) but, rather, what is not God is defined. So God is described as unknowable, uncontainable, untouchable, and unapproachable. These terms are not meant as absolutes because, clearly, we can know something of God through his revelation fo himself, we can approach him in prayer and mysteries, we can speak of the womb of the Theotokos (Mary the Mother of God) as “containing the uncontainable.” But these terms indicate the lack of knowledge that we must always have with regard to God.

But this approach goes far beyond how we see God. It is found in all aspects of our theological expression. Rather than attempt define the reality of the mysteries, what brings them into being and how they affect us, the East simply says that the mysteries do exist, and that they are beneficial to our spiritual lives.

Are the saints in the East different from those in the West?

The technical answer is no, they are not. When the Eastern Catholic Churches came onto communion with Rome they brought their saints, and those saints became Western saints, if they were not already saints in the West. Now, having said that, the reality is that the East tends to honor those saints that were part of the East while the West continues to honor the saints of the West. Many, of course, are both Eastern and Western saints. Among the more prominent Eastern saints are Saint Basil, Saint Gregory of Nyssa, Saint Gregory the Theologian, Saint Athenasius, Saint John Chrysostom, and Saint John Damascene. Among the Western saints that are prominent in the East are Pope Saint Leo the Great and Pope Saint Gregory the Great. and, of course, both East and West celebrate the famous Eastern saint Nicholas of Myra! There are also saints that people in the West may not have heard of, such as Saint Gregory Palamas, whose writings give us an understanding of hesychasm, a form of spirituality commonly found in Eastern monasteries.

Does the pope name the saints for the Eastern Catholic Churches?

A “universal saint” is named by the pope. However, a given church may have a popular devotion to a saint who has not been proclaimed by the Universal Church. In this case, we have a “local saint.” One such saint would be the Maronite, Saint Charbel, who was beatified by Pope Paul VI in 1965 and canonized by Pope Paul VI in 1977. He had been revered by the Maronites as a saint, and they brought his case to Rome for universal devotion. There were also local saints who were venerated in a particular region. this has always been the case in the church, however, and should not be seen as something new or unusual.

In the early days of the Universal Church, the declaration that someone was a saint was done by popular acclaim. that is, the people themselves chose who was and who wasn’t a saint. This was usually done on the basis of a heroic life or a particularly strong witness to the faith. Such would be the case, for example, for the early popes. All of the early popes are saints, and all were proclaimed saints by popular acclamation because of their living example of faith.