The Theology Between Eastern and Western Churches part 2 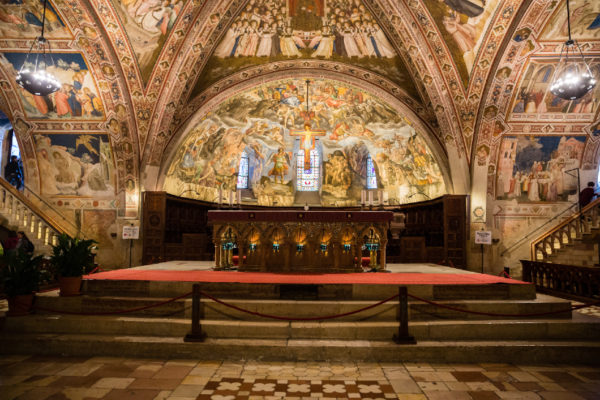 I’ve heard the terms Great Lent and Presanctified – what do they mean?

For Eastern Catholics (and Orthodox), there are several periods of fasting during the year. These are all generically referred to as “lent” in the various writings. For example, we have the “Nativity Fast,” which precedes the Nativity of the Lord (Christmas); the “Dormition Fast,” which precedes the Feast of the Dormition of Mary (celebrated as the Assumption of Mary in the Latin Church); and the “Apostles’ Fast,” which takes place before the Feast of Peter and Paul on June 29. These are “little Lents,” while Great Lent corresponds (approximately) to the period of Lent in the Latin Church. The reason I say “approximately” is that Lent starts differently for the Eastern Catholic Churches. For the Maronite Church, it starts with Ash Monday, which is the Monday before the Latin Church’s Ash Wednesday. While Byzantine Churches don’t use the name “Ash Monday” nor, in fact, do they have a custom of ashes, Great Lent does start on the Monday before what is called “Ash Wednesday” in the Latin Church.

The Maronite Church also has the same fasts, which they call Great Lent, Apostles’ Lent (June 25 to June 28), Assumption Lent (August 7 to August 14), and Christmas Lent (December 13 to December 24).

We can now fit the Liturgy of the Presanctified into place. Because Great Lent is a time of penitence and not a time of rejoicing, the celebration of the Divine Liturgy is restricted to Sundays. During the week, priests celebrate the Liturgy of the Presanctified, usually only on Wednesday evening. This is much like what happens in the Latin Church with a communion service, or on Good Friday without the veneration of the cross. That is, there is no consecration, no confection of the Eucharist – the believers consume the Eucharist that was consecrated on the previous Sunday. What is unique about the Eastern approach to this is that there is a part of the loaf of bread called the “Lamb,” which represents Christ. On the Sunday before we celebrate the Presanctified, the priest must consecrate two Lambs, one for that Sunday and one for the Presanctified. The Lamb is broken and placed into the chalice while the priest says, “Broken and distributed is the Lamb of God, broken and not dismembered, always eaten and never expended, but making holy those who receive it.” The wine that is received at the Presanctified Liturgy is not consecrated, that is, it is not the Precious Blood of Christ. There is a presanctified liturgy found in all the Catholic Rites. For the Latin Rite the primary “presanctified” liturgy is that of Good Friday. Other occasions are when a communion service is used because no priest is available.

Thanks to the generosity of our supporters, our Unitas initiative is helping some of these people, with water purification devices, groceries and educational funding for their children. Still, many thousands of educated Lebanese with the means to leave the country have done so, leaving an intellectually and financially impoverished society, especially among the Christian population........#vatican #itv #InsideTheVatican #vaticancity #moynihan #drmoynihan #catholic #church #ITVM #insidethevaticanmagazine #catholicchurch #unity #orthodoxchurch #Unitas #urbietorbicommunications #catholicpilgrimage #catholicmagazine #catholicwebsite #lebanon #beirut #orthodox #MaroniteChurch #Maronite #pilgrims ... See MoreSee Less