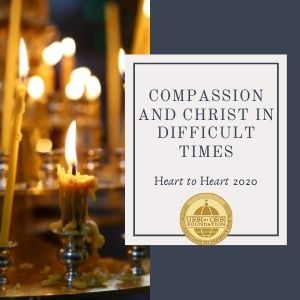 We set out on a journey to ask several among the Churches of the world:

Where do you see Christ amidst COVID-19?

Where do you see Unity?

How can you make sure that the vulnerable among you are being cared for?

We have been able to have some fascinating conversations surrounding these questions.

One of the first such conversations was with Georgi Zviadadze, Rector of Tbilisi Theological Academy and Seminary and a Mitred Archpriest of the Orthodox Church of Georgia.

Father Zviadadze, having heard of our efforts to encourage the Churches of the Catholic and Orthodox world to ensure that the vulnerable are cared for in difficult times, reached out to me for a brief phone call. I did a little research, and his resume is impressive, to say the least. He collects academic degrees like some collect stamps and is a true polyglot, theologian and diplomat, scientist and educator, author and literature scholar, historian and translator. 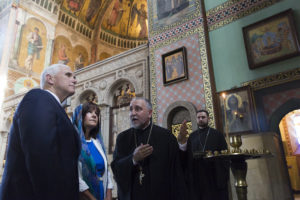 In addition to all of these, Fr. Zviadadze is exceptionally kind and compassionate.

“We will unite our efforts to help people and support those in need. We will do our best.” 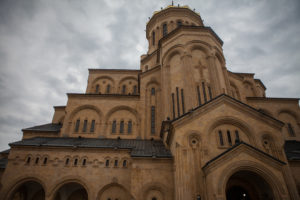 Zviadadze was certain that others would be inspired to share in efforts of accompaniment, reaching out to those in need in their communities. He had forwarded our letter to the Foreign Affairs Department of the Orthodox Church in Georgia to make sure that something is being done.

In discussing the current state of global health, I asked how his area was doing and if many are becoming ill.

“Things are better here than in other regions, very difficult in other areas, though [such as Italy]- and I think they need our help,” he said.

As we ended our conversation, Zviadadze sent me with this: “God Bless You, and I am at your disposal.”

It is very likely that this conversation was relayed to the His Holiness and Beatitude Ilia II, Catholicos-Patriarch of All Georgia. I look forward to future correspondence. Anywhere that people share in the mission that Christ has given to us to care for the least among us, there is Grace.